InfiniteBlog will share the latest information about Infinite Studios; who we are, what we do, and also how we do it.

So always stay tuned for the information brought to you by Infinite Studios.

And again, thank you for visiting InfiniteBlog !

On 27 November, the rector of UMRAH (Universitas Maritim Raja Ali Haji) visited the studio. It was a direct follow-up from the previous visit from the same university to the studio by their students l...
Read More

On Tuesday, 17 November 2015, we received a delegation from SMK Darussalam, consisting of four of their teaching staff including the Principal of the school, and also four of their students that they ...
Read More 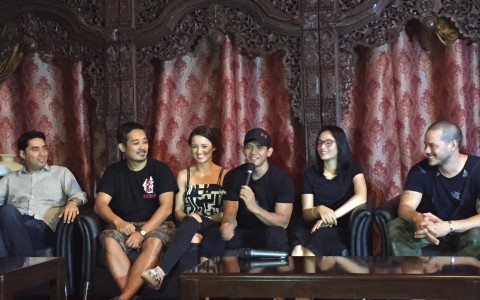 Infinite Frameworks (IFW) Studios is a brand name of PT. Kinema Systrans Multimedia, which was established in 2005. Located in one of the most beautiful resort areas on Batam Island, Kinema / IFW Studios has become one of the major players in the South East Asian animation industry.

Right now, Kinema / IFW Studios has relocated to our new studio complex in Batam, and has expanded our business to include live action production. Located only 45 minutes from Singapore, Kinema / IFW Studio’s new facility is a media hub for Indonesia-Singapore’s entertainment industries.