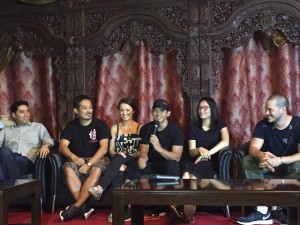 The film in question is titled Headshot, a co-production between Infinite Studios and Screenplay under the banner of Screenplay Infinite Films. With a star-studded cast members that need no introduction in the Indonesian and even global film scenes such as Iko Uwais, Julie Estelle, Chelsea Islan, and Zack Lee, the film is directed by the acclaimed Mo Brothers (Kimo Stamboel and Timo Tjahjanto).

The selamatan ceremony was also visited by a number of media outlets such as Batam Pos, Sindo, Kompas, Bintang, and Barelang TV just to name a few.

The selamatan ceremony was running just like it is traditionally, with the cutting of the Tumpeng (cone shaped yellow rice dish arranged like a mountain) preceded by a speech by Mr. Mike Wiluan, one of the producers for the movie as well as the CEO of Infinite Studios and also a prayer session led by an Imam.

After the selamatan ceremony, the producers, directors and the cast of the film gathered in the Infinite Studios Theatre Room for the Press Conference with the attending members of the press.

The press were asking various questions pertaining to the movie, ranging from the trials and tribulations of the production process, to how the cast feel about being involved in the production of the film.

The selamatan event went on successfully without any severe impediments, and it was certainly hoped that it indeed marked an auspicious start for the shooting of the Headshot film. 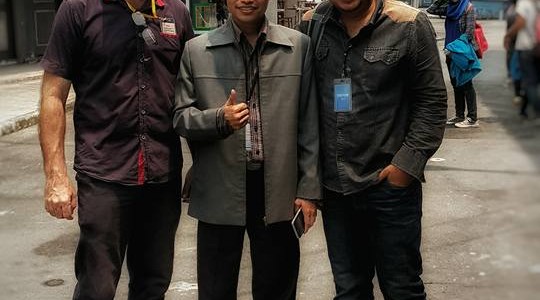 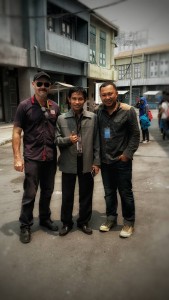 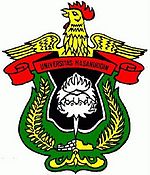 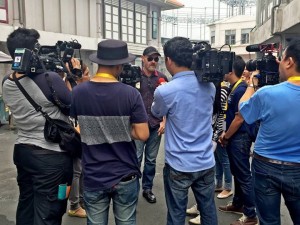 After months of planning and postponements due to various reasons, the planned visit of a group of lecturers from Trisakti University, Jakarta finally came to realisation.

The four lecturers from Trisakti University’s Visual Communication Design course set aside the day out of their busy schedule to take a look at our studios themselves, and also to discuss possible cooperation between the University and our studio with our animation production team.

Before meeting up with our animation production team, I showed the lecturers around the whole studio premises in both animation and liveshoot areas.

After the tour, I ushered the lecturers into one of our meeting rooms to have the planned meeting with the animation production, represented by Ms. Nadya, one of the animation supervisors.

The lecturers were proposing to forge several potential cooperation ties between their university and our studio in a number of key areas including the possibility of their students coming in on internship stints and the possibility of our studio sending over one of our senior animation staff to their university to teach as a guest lecturer from time to time among others.

The meeting was concluded by them handing Ms. Nadya and myself a nice goodie bag courtesy of Trisakti University.

Both Ms. Nadya and the lecturers promised that this is a beginning of a meaningful partnership in future, and both sides promised to follow this up in the near future.